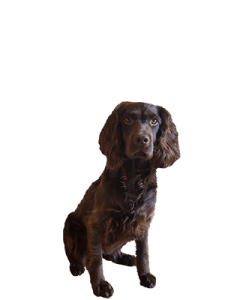 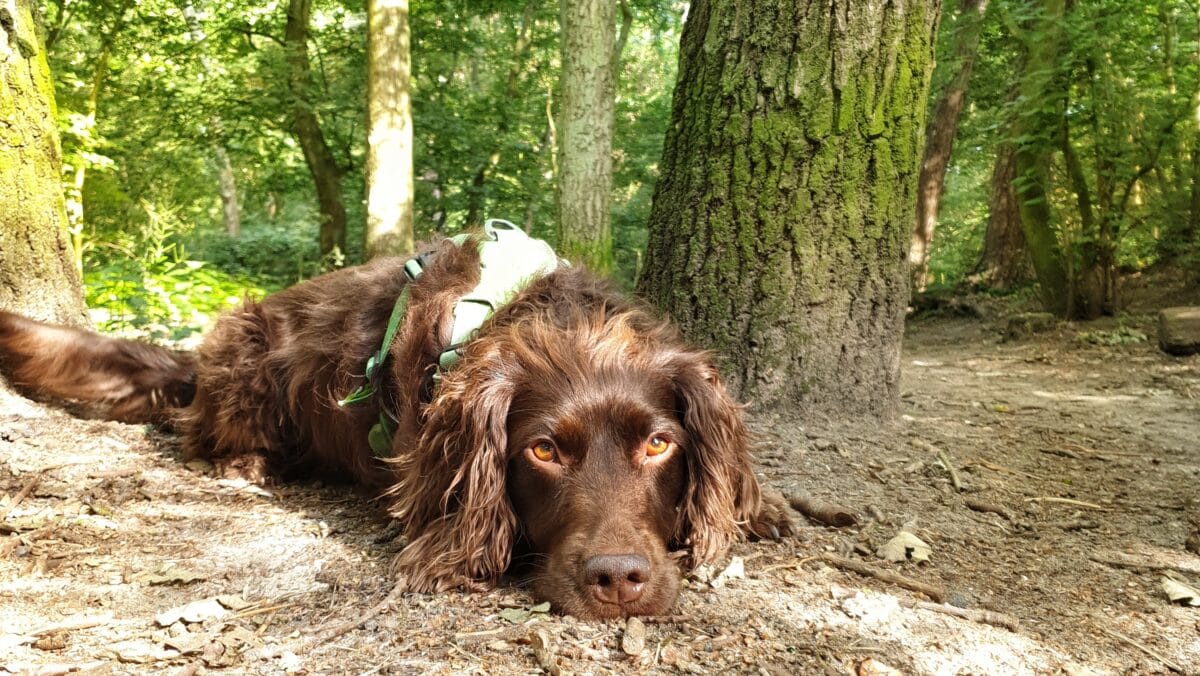 We’ve all heard of Positive Dog Training, but what does it actually mean?
The word positive is synonymous with optimistic and good, and that’s exactly the way most people interpret positive dogtraining. It conjures up an image of endless food rewards and zero boundaries.
A happy gentle method only suited for docile and easy to train dogs. It’s a common misconception that doesn’t do dogtrainers or dog owners any favours. I’ve used the phrase positive training to explain how I train my dog Wiske. It generally creates more confusion instead of offering an explanation . My dog is too stubborn for that method, he needs boundaries is the response I’ve come to expect.  In this blog I will delve into what the word positive in dogtraining stands for and give some insight into the misuse, myths and complexities of positive training. Be sure to click on the links for more information!

What does positive stand for?
Behaviours can be taught through the method of learning called operant conditioning.  If you reinforce a behaviour it increases and if you punish a behaviour it decreases. Besides reinforcement (R) and punishment (P), operant conditioning uses the terms positive and negative.  It’s important to understand that those are not value judgements! Rather they imply something is added (positive, or +) or taken away (negative, or -). Watch this Big Bang Theory clip and you’ll see R+ in action. This is why the phrase positive training can be misleading. It’s not about good or bad. To make it more confusing it’s not only positive in the operant conditioning-sense either. The use of P+ where something unpleasant is added to decrease the behaviour is avoided!

So what does it mean when a dogtrainer uses positive training methods? It means they train reward based and non-aversive. They will mainly use R+ to increase behaviour and to a lesser degree punishment without hurting or threatening the dog.  To give you an example of the latter, here’s a video of me teaching my pup to wait patiently before she gets treats through negative punishment.The reason this has become increasingly popular, is because research shows it’s more dogfriendly and more effective, if correctly applied! And that’s where the problems start… 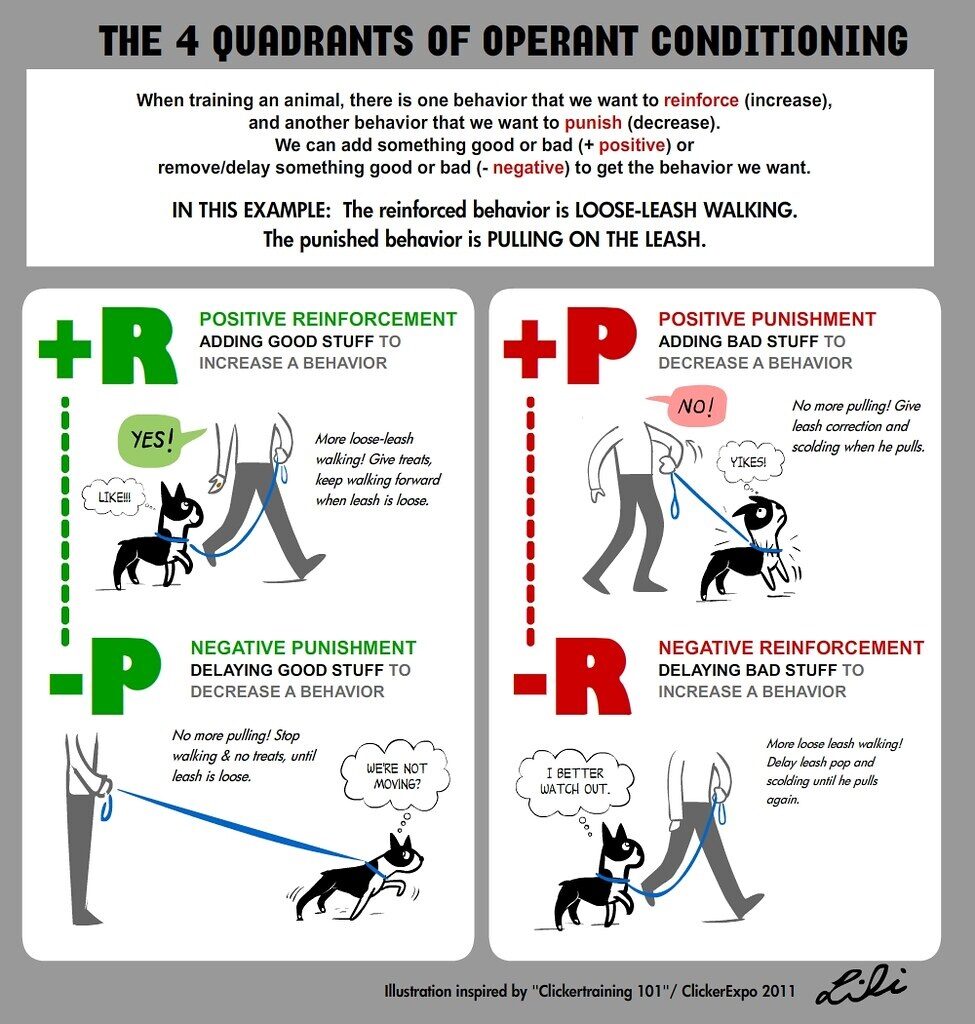 Positive training as a marketing tool.
Positive has become a buzzword in the dogtraining world. Let’s face it, advertising with positive sounds cheerful and fun. Who’d want to be negative?! Sadly it’s often the case that these trainers don’t have the know-how to effectively train reward based. They might even claim to be ”purely positive” trainers and overlook the fact that no pain, does not necesserily mean no punishment. I’ve attended and heard of many dogtraining classes where food rewards were used without the knowledge to apply the rewards effectively. Sit? Stay? Heel? All taught through bribing with food. Now this might be satisfactory enough for some clients, but not for most! They need a dogtrainer who knows how to apply learning theory, not one who just tosses treats in hope of a good outcome.

Training is not just giving cookies for the things we like, and turning our backs on the things we don’t. Behavioral science and learning theory is a deep and detailed world – Celeste Patten

This lack of knowledge leaves people who had high hopes of positive training feel disappointed. They might look for balanced trainers, which has a nice ring to it as well, and be persuaded using all four quadrants when they see fit, without knowing the risks involved.

Problems people encounter
I’ve noticed four common issues people encounter when training with positive reinforcement.
These are easily solved problems and not a matter of my dog doesn’t respond to that type of training but one that indicates the need to find a better dogtrainer!

1. Extinction: The behaviour is disappearing through lack of reinforcement.
He always used to sit for a treat, but now he doesn’t care for them anymore
2. Extinction burst: The behaviour is increasing before disappearing because the dog is anticipating being rewarded. He used to bark for attention sometimes, but ever since we use this method the barking has increased Both these issues have to do with variability and predictability in rewarding learned behaviours.  I’s not that the dog doesn’t respond well to reward based training, but it’s the lack of understanding of how to build reinforcers and how to apply learning theory.

3. Not being taught how to teach the dog boundaries
If he’s trying to chase birds I can’t distract him with food, but I’m not allowed to punish him for it either One of the biggest misunderstandings is that positive trainers are permissive and just ignore what they don’t like. But there are ways to tell your dog off without using fear or pain and, more important, there are ways set your dog up for success. When you encounter problematic behaviour, you need to look at what precedes it. Behaviour is functional. Think ABC! Antecedent- Behaviour-Consequence.  By making a functional analysis, focussing strictly on what behaviour you observe without speculating about hypothetical concepts that might play a role suchs a dominance or instinct, you can write an intervention plan. This is all part of Applied Behaviour Analysis. Instead of training in a reactive way, you learn to train proactively. Not by teaching the dog what not to do through distraction, ignoring or punishment, but by teaching what he should do instead. Another factor is that it might not be Skinner but Pavlov who’s causing you trouble! By taking all of this into account you can create a long term solution. If your dogtrainer is only teaching you how to react to the behaviour and not helping you teach the dog alternatives, it’s shows a lack of knowledge on their part!

4. Problems with food rewards
I don’t want to walk around with treats every single day, he just needs to listen ‘cause I ask him to
Behaviour is influenced by it’s consequences. The idea that the dog listens because you are the (pack)leader has nothing to do with respect, leadership-skills or being alpha. It has to do with the consequences the dog faces by being obedient or disobedient. I’d rather have a dog who listens to me because being obedient is rewarding than because disobedience is punished.  If you find training your dog with food just doesn’t work, read this blog about problems with using food in training. Treats can be phased out once a behaviour is reliably trained. That way you reduce the amount of treats, or replace treats with other rewards. A door opening if the dog offers a sit, or a steady wait before being allowed to retrieve are rewards for good behaviour too.

How to find a good dog trainer?
A good dogtrainer will work according to evidence based principles.  They will cater the training to you and your dogs needs, in a scientifically demonstrable manner which is as dog friendly and effective as possible. That leads you, evidence based, to training according to the Humane Hierarchy and the use of positive reinforcement as a first choice and to a lesser degree negative punishment.  It’s not only understanding of operant conditioning your dogtrainer needs. They’ll need to know about dog-cognition and emotions, dog bodylanguage, ethology, classical conditioning and more! Your success as a dogowner in training your dog doesn’t only depend on which methods you use, but also in how succesful your dogtrainer has been in teaching you. Sadly, there’s no licensing requirements to call yourself a dogtrainer or dogbehaviourist. Anyone can call themselves a professional trainer and open up a dogtraining centre, there’s a total lack of regulation in the industry. To find a qualified and skilled dogtrainer it’s best to look for a member of a professional association, such as CCPDT  or APDT.

If you’re an expat and happen to live in The Hague (NL), I recommend having a look at OhMyDog! Dogtraining and Behaviour centre.